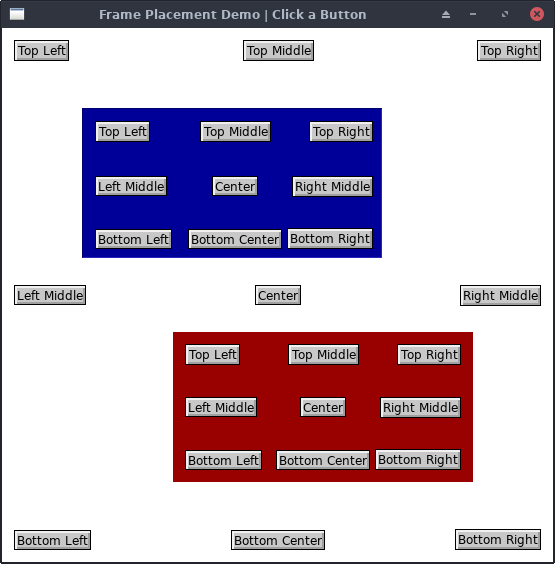 This demonstrates using the Place() method of the MainWindow and Frame to position widgets around the window. The MainWindow itself and two child frames (red and blue) are given the same set of buttons, placed relative to their own parent widget.

The options for frame placing are:

Click any button and the title bar will update to show the name of the button clicked and which parent it belonged to.